The Bob Allen Original Divided Shell Pouch is a heavy duty 2" belt comprised of twin compartments which hold a box of shells each. A great option for holding shells, the original divided shell pouch fits most as it adjusts from 26" to 50" and fastens with a buckle. With it's nylon construction the shell pouch stays  securely in place. 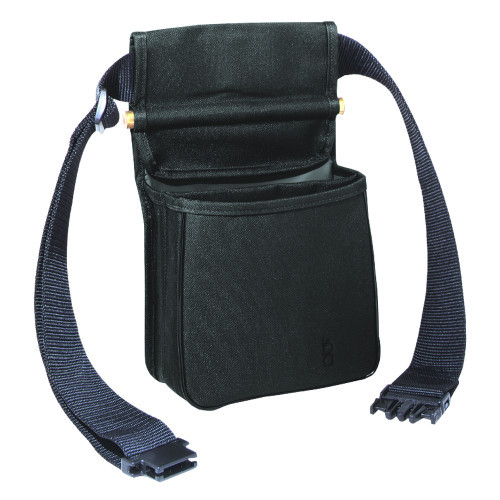