Carrying shells is a cinch with the Bob Allen Signature Series Shell Carrier. The 4 box shell carrier holds four boxes of shells and features ripstop nylon construction with web wraparound handles. Available in Black, Brass and Green. When not in use, the Signature Series Four Box Shell Carrier folds flat for easy storage. 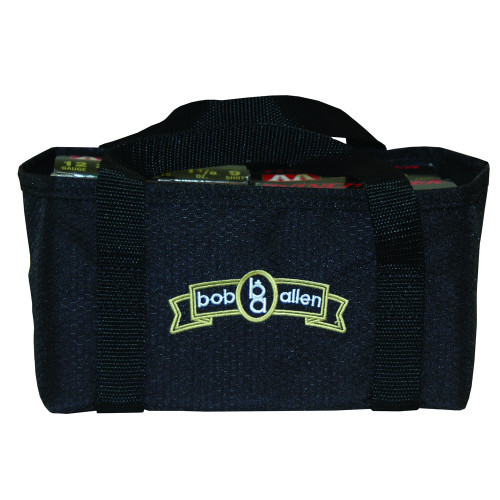